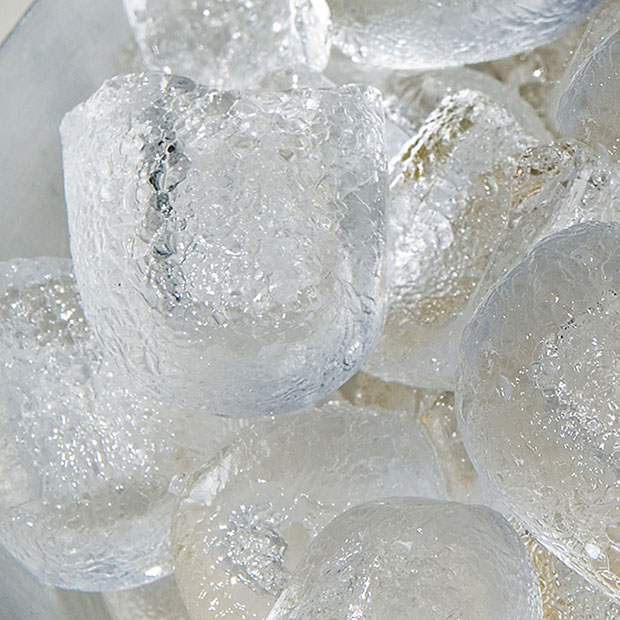 You’ve probably heard before that it’s bad to chew ice, but do you know why that is?

Let’s take a closer look at the damage ice can do to teeth and why many people want to chew ice in the first place.

Ice eating actually has a scientific name: pagophagia. It isn’t just a bad habit; it can actually indicate an eating disorder called pica, which involves the compulsion to eat things that aren’t food and have zero nutritional value, including hair, dirt, clay, and even ice. A nutritional deficiency can cause pica.

Studies in recent years suggest a connection between compulsively eating ice and iron deficiency anemia, a condition 20 percent of women (50 percent of pregnant women) and 3 percent of men experience.

Iron levels might seem like an odd thing to be linked to an ice eating habit, considering that there is no iron in ice, but it actually makes a lot of sense. Red blood cells need iron to carry oxygen throughout the body effectively. Someone who is iron deficient is therefore not getting as much oxygen to their brain. Eating ice stimulates blood flow to the head (and the brain), which gives a temporary boost to alertness and clarity of thought.

The Effects of Ice on Teeth and Gums

As strong as human teeth are and as hard as tooth enamel is, teeth are not meant to crunch and grind ice cubes (in any quantity or texture). The problem isn’t merely that ice is hard but that it’s so cold. When our teeth experience extreme temperature changes, the enamel expands and contracts, causing tiny cracks and weakening the overall structure — just like what happens to pavement in places where it snows.

Obviously weakened enamel can lead to other problems like tooth sensitivity and greater vulnerability to decay, and ice isn’t good for gum tissue either. It’s so cold that it can have a numbing effect while eating it, which might mean you don’t notice an injury to the gum tissue. Ice can even chip or break teeth as well.

The most important step to take to break an ice eating habit is to discover the cause. For those who experience pagophagia as a symptom of iron deficiency, the ice cravings may go away after taking iron supplements, and the habit may stop on its own. For those who struggle with pica, there are a variety of interventions available, including medication and therapy.

If it’s not specifically the ice you crave but the crunch, try replacing ice with chunks of apple or baby carrots. Conversely, if it’s more about the ice than the crunch, try letting pieces of ice melt on your tongue like a piece of hard candy instead of chewing them.

Anyone who struggles with an ice chewing habit should feel free to discuss it with their dentist, as well as their general physician. It’s important to discover the cause, treat any existing damage to the teeth and gums, and prevent additional damage by working to kick the habit.

The content on this blog is not intended to be a substitute for professional medical advice, diagnosis, or treatment. Always seek the advice of qualified health providers with questions you may have regarding medical conditions.

You can schedule your next appointment with us online!